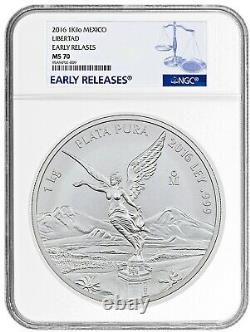 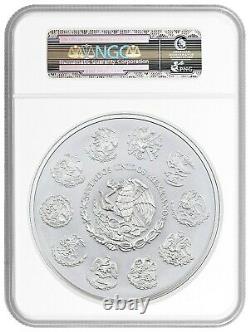 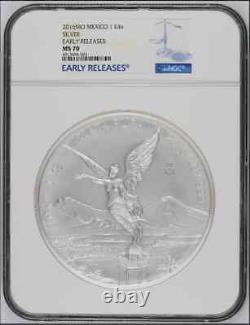 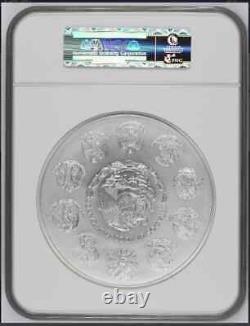 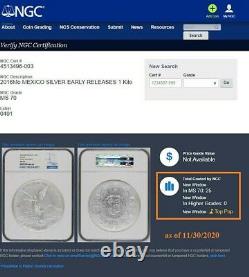 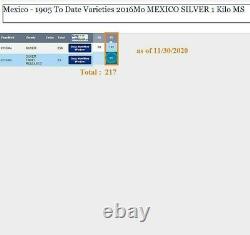 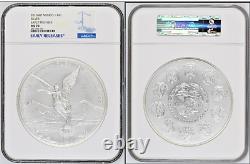 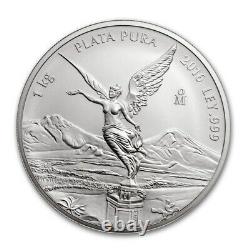 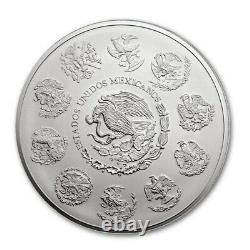 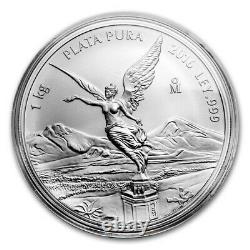 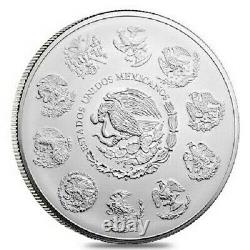 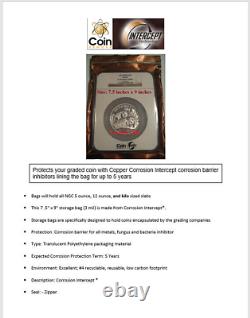 No'milk spots', no toning, no rim'dings', no. Issue(s) of any kind with this coin.

Additional information below courtesy of MCM & APMEX public web sites. 2016-Mo Mexico 1 Kilo Silver Libertad NGC MS70 Early Releases. This Silver 1 Kilo Mexican 2016-MO Libertad Onza bears the "Mo" Mint mark of the Casa de Moneda de Mexico (Mexican Mint). It was issued by Banco de Mexico and struck from. The coin would make a beautiful addition to collections of modern coins or Mexican coins, and could potentially make a gift for a lover, if one researches the story of the two volcanoes in the design. Mexican national pride is on full display on the obverse, where Winged Victory, a statue on Mexico City's Mexican Independence Victory Column, stands at the center. Her wings spread upward and nearly touch the edge, and her garment falls around her waist. Behind her, Popocatepetl and Iztaccihuatl, Mexican volcanoes that got their names from pre-Columbian folklore, rise in the distance.

Ten former national seals of Mexico encircle the current one on the reverse. The current one, which is at the center, features an eagle perched on a cactus. The eagle is consuming a snake, which has deep symbolic meaning in some of Mexico's native religions.

Flawless Mint State 70 Early Releases. Having found that this coin was struck perfectly and lacks any flaws that can be identified under 5x magnification, graders at the Numismatic Guaranty Corporation (NGC) granted this coin their highest grade, Mint State 70. They also certified it as an Early Release , which means that it was received for grading no more than thirty days after its initial release. This 2016-Mo Mexico 1 Kilo Silver Libertad NGC MS70 ER is proudly minted by the Mexican Mint. The Mexican Mint is one of the oldest mints in the Americas that is still in operation today.

Silver Libertads are rapidly gaining worldwide popularity, and this large kilo Silver coin offers the beloved design in even greater detail. Contains 1 kilo (32.15 oz) of. Coin is encapsulated by NGC in a very large certification holder graded MS70 Early Releases. The traditional NGC blue label used for Early Releases coins is also on this coin. Of these kilo coins for 2016!

Mexican national seal with an eagle sitting atop a cactus surrounded by symbols representing Mexicos 10 provinces. Victory statue of Mexican independence in front of volcanic mountains Popocatépetl and Iztaccíhuatl, surrounded by the weight, purity and date. Guaranteed by the Banco de México. This large kilo round is an excellent way to accumulate. 999 fine Silver in the form of a highly coveted collector's item. Shown on the reverse are Popocatépetl and Iztaccíhuatl, two volcanoes that overlook the Valley of Mexico. These volcanoes tell a story of two lovers from warring families, similar to Romeo and Juliet. The volcanoes represent the warrior Iztaccíhuatl mourning the death of his beloved Popocatépetl. (1 kilogram) 1,000 grams.