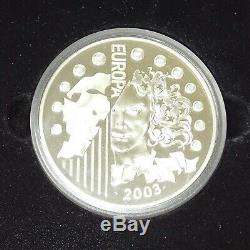 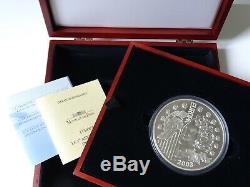 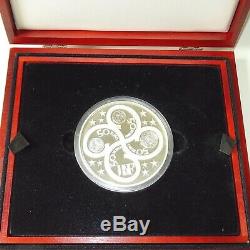 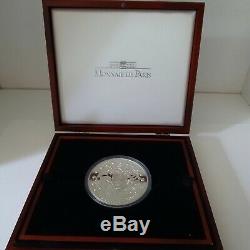 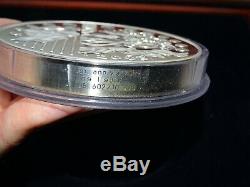 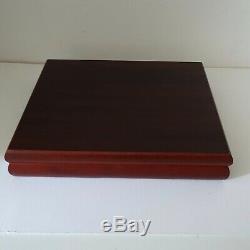 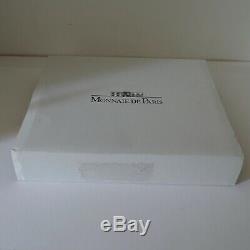 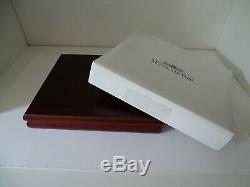 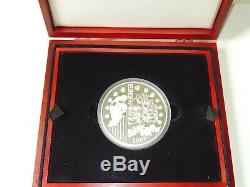 2003 FRANCE THE GODDESS EUROPA Huge 1 KILO Kg SILVER 50 EURO COIN. 2003 France 1 kilo Silver Proof 50 Euro coin Issued to commemorate the 1st anniversary of the Euro currency. The obverse of the coin has a curved cross design bearing the names of the twelve countries who switched to the new currency on 1 January 2002.

1 kg silver coin, struck for the first anniversary of the euro. Minting site: Monnaie de Paris, France Of the highest minting quality, proof 1 kg silver 925/1000 Only 10,000 pieces worldwide. Every coin is one of a kind because of the serial number as edge inscription. This coin has the number 5602 , Coin is in original slab, elegant wooden box and certificate. 925 ASW: 30.54 oz.

This item is in the category "Coins\Coins\European\France". The seller is "chico97" and is located in Glasgow.

This item can be shipped to all countries in Europe, United States, Japan, Canada, Australia.